The U.S. Department of Education announced on June 1, 2022, that it would fully discharge (forgive) all remaining federal student loans borrowed to attend any campus owned or operated by Corinthian Colleges Inc. from its founding in 1995 through its closure in 2015.

This is the total amount of loan forgiveness former Corinthian borrowers will receive.

Full loan discharges totaling $5.8 billion will be granted to 560,000 borrowers, including those who have not yet applied for a borrower defense discharge, a federal regulation that allows anyone who has been defrauded by their school to seek forgiveness for their student loans.

The right to seek a borrower defense discharge is based on a 2015 finding by the Department of Education that Corinthian engaged in widespread misrepresentations about borrowers' job prospects and ability to transfer credits.

Former students who have not yet applied for a discharge will not be required to take any action, according to the Department of Education. The Department said it would soon begin notifying students who attended Corinthian about the decision and automatically process the discharges in the months following notification.

Remaining Corinthian loans will be discharged automatically without additional action on the part of borrowers.

According to Department officials, those with a remaining balance on their Corinthian debt will also get refunds on payments already made, but loans paid in full will not be refunded. This action is the largest single loan discharge the Department has made in history.

History of the Corinthian Investigation

In 2013, Vice President Kamala Harris, who was then attorney general of California, sued Corinthian alleging that the company intentionally misrepresented job placement rates and was engaging in deceptive and false advertising and recruitment.

Attorney General Harris' investigation and lawsuit triggered several additional inquiries by the Department and other federal and state regulators that eventually resulted in findings, in 2015, showing that Corinthian misrepresented job placement rates in programs across the country, program offerings, whether students could transfer credits, and several other misleading actions.

The June 1st announcement builds on the 2015 conclusions and judgments that Corinthian engaged in widespread and pervasive misrepresentations. Founded in 1995, Corinthian acquired several troubled private for-profit colleges across the country. At its peak in 2010, it enrolled more than 110,000 students at 105 campuses.

Including the most recent Corinthian group discharge, the U.S. Department of Education has now approved $25 billion in loan forgiveness for 1.3 million borrowers. This includes:

According to the Department, it is "also working on new regulations that will permanently improve a variety of the existing student loan relief programs, significantly reduce monthly payments, and provide greater protections for students and taxpayers against unaffordable debts."

Article Sources
Investopedia requires writers to use primary sources to support their work. These include white papers, government data, original reporting, and interviews with industry experts. We also reference original research from other reputable publishers where appropriate. You can learn more about the standards we follow in producing accurate, unbiased content in our editorial policy.
Related Articles

The Most Common Student Loan Scams and How to Avoid Them 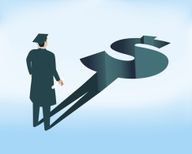 How to Get the Most Money Back on Your Tax Return
Partner Links
Related Terms
What Is Student Loan Forgiveness?
Student loan forgiveness is a release from having to repay the borrowed sum, in full or in part. Here is how to get student loans forgiven.
more
Student Loan Interest Deduction Definition
The student loan interest deduction allows a tax break of up to $2,500 for interest payments on loans for higher education. Here's how to qualify.
more
What Is the Higher Education Act of 1965 (HEA)?
The Higher Education Act (HEA) of 1965 is a federal law that created financial assistance programs for post-secondary students.
more
Direct Consolidation Loan Definition
A direct consolidation loan is a type of direct loan that combines two or more federal education loans into a single loan.
more
Defrauded students can seek loan forgiveness through borrower defense.
Borrower defense is a federal regulation that allows students who have been defrauded by their college to seek forgiveness for their student loans.
more
What Is Forbearance?
Forbearance is a form of repayment relief involving the temporary postponement of loan payments, typically for home mortgages or student loans.
more