What Is a Business Cycle?

Business cycles are a type of fluctuation found in the aggregate economic activity of a nation -- a cycle that consists of expansions occurring at about the same time in many economic activities, followed by similarly general contractions (recessions). This sequence of changes is recurrent but not periodic.

The business cycle is an example of an economic cycle.

In essence, business cycles are marked by the alternation of the phases of expansion and contraction in aggregate economic activity, and the comovement among economic variables in each phase of the cycle. Aggregate economic activity is represented by not only real (i.e., inflation-adjusted) GDP—a measure of aggregate output—but also the aggregate measures of industrial production, employment, income, and sales, which are the key coincident economic indicators used for the official determination of U.S. business cycle peak and trough dates.

A popular misconception is that a recession is defined simply as two consecutive quarters of decline in real GDP. Notably, the 1960–61 and 2001 recessions did not include two successive quarterly declines in real GDP.

A recession is actually a specific sort of vicious cycle, with cascading declines in output, employment, income, and sales that feed back into a further drop in output, spreading rapidly from industry to industry and region to region. This domino effect is key to the diffusion of recessionary weakness across the economy, driving the comovement among these coincident economic indicators and the persistence of the recession.

On the flip side, a business cycle recovery begins when that recessionary vicious cycle reverses and becomes a virtuous cycle, with rising output triggering job gains, rising incomes, and increasing sales that feed back into a further rise in output. The recovery can persist and result in a sustained economic expansion only if it becomes self-feeding, which is ensured by this domino effect driving the diffusion of the revival across the economy.

Of course, the stock market is not the economy. Therefore, the business cycle should not be confused with market cycles, which are measured using broad stock price indices.

The severity of a recession is measured by the three D's: depth, diffusion, and duration. A recession's depth is determined by the magnitude of the peak-to-trough decline in the broad measures of output, employment, income, and sales. Its diffusion is measured by the extent of its spread across economic activities, industries, and geographical regions. Its duration is determined by the time interval between the peak and the trough.

In analogous fashion, the strength of an expansion is determined by how pronounced, pervasive, and persistent it turns out to be. These three P's correspond to the three D's of recession.

The National Bureau of Economic Research (NBER) determines the business cycle chronology—the start and end dates of recessions and expansions for the United States. Accordingly, its Business Cycle Dating Committee considers a recession to be "a significant decline in economic activity spread across the economy, lasting more than a few months, normally visible in real GDP, real income, employment, industrial production, and wholesale-retail sales."

The Dating Committee typically determines recession start and end dates long after the fact. For instance, after the end of the 2007–09 recession, it "waited to make its decision until revisions in the National Income and Product Accounts [were] released on July 30 and Aug. 27, 2010," and announced the June 2009 recession end date on Sept. 20, 2010. Since the Committee's formation in 1979, the average lags in the announcement of recession start and end dates have been eight months for peaks and 15 months for troughs.

Prior to the formation of the Committee, from 1949 to 1978, recession start and end dates were determined on behalf of the NBER by Dr. Geoffrey H. Moore. He then served as the Committee's senior member from 1979 until his death in 2000. In 1996, Moore co-founded the Economic Cycle Research Institute (ECRI) which, based on the same approach used to determine the official U.S. business cycle chronology, determines business cycle chronologies for 21 other economies, including the G7 and the BRICS. In analyses requiring international recession dates as benchmarks, the most widely used procedure is to reference NBER dates for the U.S. and the ECRI dates for other economies.

The average length of recessions in the U.S. since World War II has been just around 11 months. The Great Recession was the longest one during this period, reaching 18 months.

The depth of recessions has changed over time. They were typically very deep in the pre-World War II (WWII) period, going back to the 19th century. With cyclical volatility drastically downshifting after WWII, the depth of recessions decreased greatly. From the mid-1980s to the eve of the 2007–09 Great Recession—a period sometimes dubbed the great moderation—there was a further reduction in cyclical volatility. Also, since about the start of the great moderation, the average longevity of expansions appears to have roughly doubled.

The Varieties of Cyclical Experience

The pre-WWII experience of most market-oriented economies included deep recessions and strong recoveries. However, the post-WWII recoveries from the devastation wreaked on many major economies by the war resulted in strong trend growth spanning decades.

When trend growth is strong—as China has demonstrated in recent decades—it is difficult for cyclical downswings to take economic growth below zero, and into recession. For the same reason, Germany and Italy did not see their first post-WII recession until the mid-1960s, and thus experienced two-decade expansions. From the 1950s to the 1970s, France experienced a 15-year expansion, the U.K. saw a 22-year expansion, and Japan enjoyed a 19-year expansion. Canada saw a 23-year expansion from the late 1950s to the early 1980s. Even the U.S. enjoyed its longest expansion until that time in its history, spanning nearly nine years from early 1961 to the end of 1969.

With business cycle recessions having apparently become less frequent, economists focused on growth cycles, which consist of alternating periods of above-trend and below-trend growth. But monitoring growth cycles requires a determination of the current trend, which is problematic for real-time economic cycle forecasting. As a result, Geoffrey H. Moore, at the ECRI, went on to a different cyclical concept—the growth rate cycle.

Using an approach analogous to that used to determine business cycle chronologies, the ECRI also determines GRC chronologies for 22 economies, including the U.S. Because GRCs are based on the inflection points in economic cycles, they are especially useful for investors, who are sensitive to the linkages between equity markets and economic cycles.

Stock Prices and the Business Cycle

In the post-WWII period, the biggest stock price downturns usually—but not always—occurred around business cycle downturns (i.e., recessions). Exceptions include the crash of 1987, which was part of a 35%-plus plunge in the S&P 500 that year, its 23%-plus pullback in 1966, and its 28%-plus drop in the first half of 1962.

In essence, the prospect of recession usually, but not always, brings about a major stock price downturn. But the prospect of an economic slowdown—and specifically, a GRC downturn—can also trigger smaller corrections and, on occasion, much larger downdrafts in stock prices.

For investors, therefore, it is vital to be on the lookout for not only business cycle recessions, but also the economic slowdowns designated as GRC downturns. Those interested in learning more about business cycles, stock prices, and other financial concepts may want to consider enrolling in one of the best investing courses currently available.

What Are the Stages of the Business Cycle?

How Long Does the Business Cycle Last?

According to U.S. government research, the business cycle in America takes, on average, around 5 1/2 years (since WWII).

What Was the Longest Economic Expansion?

Article Sources
Investopedia requires writers to use primary sources to support their work. These include white papers, government data, original reporting, and interviews with industry experts. We also reference original research from other reputable publishers where appropriate. You can learn more about the standards we follow in producing accurate, unbiased content in our editorial policy.
Compare Accounts
×
The offers that appear in this table are from partnerships from which Investopedia receives compensation. This compensation may impact how and where listings appear. Investopedia does not include all offers available in the marketplace.
Provider
Name
Description
Part Of
Guide to Economic Depression
Related Terms
What Is an Economic Cycle?
The economic cycle is the ebb and flow of the economy between times of expansion and contraction.
more
Peak
A peak refers to the pinnacle point of economic growth in a business cycle before the market enters into a period of contraction.
more
The Conference Board (CB)
The Conference Board (CB) is a not-for-profit research organization which distributes vital economic information to its peer-to-peer business members.
more
Trough Definition
A trough, in economic terms, can refer to a stage in the business cycle where activity is bottoming, or where prices are bottoming, before a rise.
more
U-Shaped Recovery
A U-Shaped Recovery is a type of economic recovery that experiences a gradual decline followed by a gradual rise back to its previous peak.
more
Unemployment Definition and Types
Unemployment is the term for when a person who is actively seeking a job is unable to find work.
more
Partner Links
Related Articles

How Do Recessions Impact Investors?

What the Business Cycle is Telling us About a Recession

Why a Ruinous Recession and Soaring Stocks Make Perfect Sense 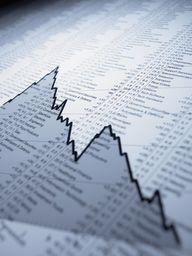 Investment Portfolio Strategy in a Recession 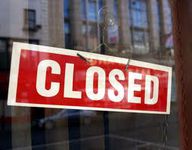 The Business Cycle Basics of this Recession